New Delhi: Fugitive businessman Mehul Choksi was seen in police custody in a snap sourced by the local media on Saturday.

Choksi was put behind the bars after a Dominica court in the Caribbean-island nation extended its order restraining his deportation till Wednesday.

The court also ordered the 62-year-old businessman be taken to a hospital for medical attention and a COVID-19 test. However, according to local reports, he has tested negative for COVID-19. 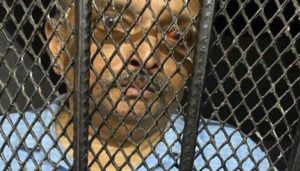 The court will hear a habeas corpus plea filed by Choksi which determines whether detention is lawful. Choksi has been charged with entering the country illegally, which is another hurdle for New Delhi’s attempts to bring home and prosecute him in India’s largest bank fraud case.

Indian-born Choksi was captured in Dominica earlier this week after he went missing from Antigua on Sunday. According to sources, Mehul Choksi had reached the tiny Caribbean-island nation Dominica by boat.

The businessman had been residing in Antigua after fleeing India before the fraud came to the fore. He is one of the main defendants in the nearly Rs 14,000 crore PNB bank fraud case.

Following Choksi’s detention, Antigua refused to take him back. Prime Minister Gaston Browne told news agency ANI that Antigua was in talks with the Dominican as well as Indian governments for the businessman’s repatriation to India.

Good News: Dependents Of COVID-19 Victims To Get Govt Pension

Ukraine War: Luxuries Become Thing Of Past For Russians Amid Sanctions & Boycott…