COVID In Villages: Teenager Converts Tree Into His Isolation…

How Bollywood Made Mahatma Gandhi Relevant To Young India

New Delhi: We are celebrating the 152nd birth anniversary of Mohandas Karamchand Gandhi today, celebrated as International Day of Non-Violence according to a declaration by the United Nations General Assembly. To the world, India is synonymous with Mahatma Gandhi, the land of the epitome of peace and ahimsa.

Sadly, the country’s young generation knows Bapu only through textbooks and their interest in the man is limited to academics. Step in Bollywood and youngsters are introduced to the man as he lived and breathed. Let’s revisit some of the powerful movies made on the Saint of Sabarmati. Ironically, it took an English filmmaker, Sir Richard Attenborough to make one of the most powerful and authentic movies on Mahatma Gandhi, titled ‘Gandhi’ in which another Englishman, Ben Kingsley played Gandhi to perfection. Made by Shyam Benegal, it is based upon the book, The Apprenticeship of a Mahatma, by Fatima Meer and showcased Mahatma Gandhi’s life in South Africa. This was a semi-fictional movie on India’s Partition and the assassination of Mahatma Gandhi by Nathuram Godse. Naseeruddin Shah portrayed Gandhi, Kamal Hasan played Saket Ram, a fictional Hindu fundamentalist. The film was written, directed and produced by Kamal Haasan. It stars Shahrukh Khan and Rani Mukerji. 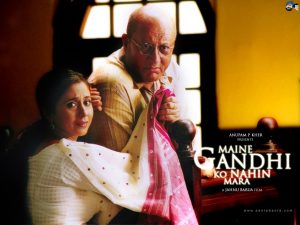 This film is not based on Mahatma Gandhi’s life but can be interpreted to indirectly represent Gandhi’s importance in the lives of the people in general.  It revolves around a retired Hindi professor, Uttam Chaudhary, played by Anupam Kher, who suffers from dementia, which ultimately causes him to think that he is accused of killing Gandhi. The film was directed by Jahnu Barua and produced by Anupam Kher. 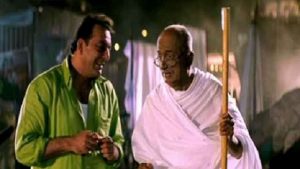 Who can forget this lovable film? It presented Gandhian philosophy in the present context. The film attempted to portray that Gandhi’s principles, based on kindness, love and non-violence, that played a pivotal role in protests against the British Raj, are still applicable to achieve love and harmony in current personal and social issues. The film was directed by Rajkumar Hirani and produced by Vidhu Vinod Chopra. Other pivotal members of the cast include Arshad Warsi, Boman Irani, Dia Mirza and Jimmy Sheirgill. The role of Mahatma Gandhi was played by Dilip Prabhavalkar. 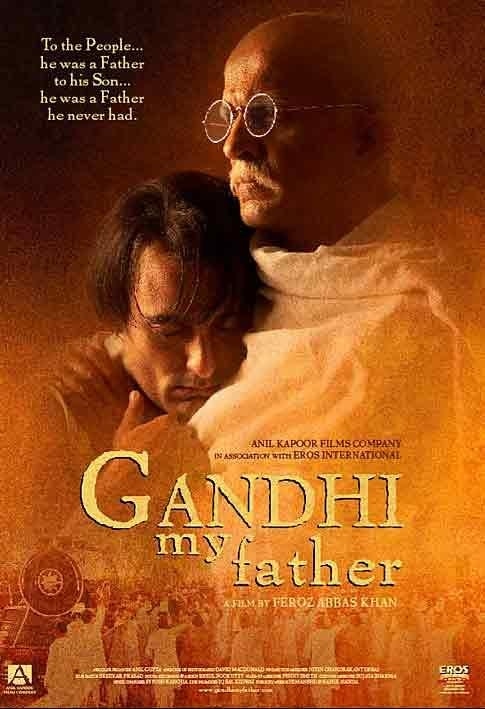 The film had a lasting impression on the audience because it gave a peep into Gandhi personal life apart from his relationship with his wife Kasturba. It portrayed the troubled relationship he had with his son, Hiralal Gandhi. Akshaye Khanna as Hiralal gave one of the best performances of his career.
Share

Neeraj Chopra Sets Off Javelin Frenzy Among Youngsters, Surge In Demand For Training

Want A Divorce? Here Are Five New Grounds For It